The history of mission work in Cubulco, Guatemala, began nearly 4 decades prior to the Free Reformed Mission (FRMI) putting boots on the ground. 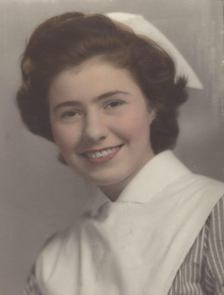 Helen Neuenswander
​The story begins in 1953, when two women, Mary Shaw and Helen Neuenswander, were sent by the mission organization Wycliffe Bible Translators to Cubulco, Guatemala to undertake the enormous task of translating the New Testament into the Cubulco Achi language. After arriving and settling in their new surroundings, the two women began the arduous task of learning the oral language, creating an alphabet, and establishing grammatical rules. Furthermore, word quickly spread within the community that Helen was a registered nurse and people started coming to the door looking for medical care. There were no medical services available in Cubulco other than a small pharmacy. The nearest doctor and hospital were a 2–3-hour bus ride away. Soon Helen was spending her time seeing patients in the morning and translating in the afternoon, while Mary dedicated most of her time to translating the NT with the help of some local translators. As the years went by and the medical work grew, the women were given some land in town and built a medical/natal care clinic. After decades of labor, mostly while a bloody civil war devastated the country, the NT was completed in 1982. With the political situation stabilizing, plans were made to build a small hospital and by the late 1980’s construction began. By this time, the two women were retiring from the work and Helen was battling terminal cancer. They asked the Lord to bring an organization to them who would continue with the work that had been started. The Lord answered their prayers initially through AMG International (Advancing the Ministries of the Gospel) who agreed to take over the management and further expansion of the hospital. In turn AMG introduced and invited FRMI to continue the translation of the Old Testament and plant churches in the unreached areas of Cubulco.

​FRMI had been looking a few years for a place to do mission work. They had explored several options in different Latin American contexts but each one did not materialize. There was some interest in taking over a children’s home in the northern part of Guatemala where John Otten and the late Joanne Bruinekool were serving, but it came to nothing. As they were losing hope, they were introduced to AMG who in turn introduced them to Mary and Helen and invited them to consider working together in Cubulco. After visiting Cubulco, seeing the work, and much prayer it was decided that FRMI would continue with the work of completing the translation of the OT into the Cubulco Achi language as well as plant churches in the areas of Cubulco where no protestant churches existed.
​
To carry out this work the following missionaries and their families served in Cubulco during the following three decades from 1989-2019.
Wilfred and Sharon Bout (2008-2009)
The Bout family committed to spending one year in Cubulco to work with the churches and help during a time of transition. Although, their time was short, they left a lasting impression on the church.

After returning to Ontario in 2009, Wilfred assumed a position of working with a ministry to Latin American migrant workers in the Niagara Region.

Ken and Jennifer Van Minnen (2008-2009)
The Van Minnen’s came to Cubulco in the fall of 2008 and focused on taking over the administrative duties and further developing the education program. Ken was instrumental in setting up two afterschool programs in Cubulco and reinforcing the education programs in several public schools in the mountain villages. Although they had initially planned on staying long term in Cubulco, various circumstances contributed to the family returning to Ontario by the end of 2009. Ken travelled to Cubulco several times at the end of 2009 and beginning of 2010 to tie up some loose ends.
​
After returning to Ontario, Ken assumed a role as principal of a Christian school.